On My Own Two Feet

Amy Purdy, who inspired a nation on Dancing with the Stars and has been called a hero by Oprah Winfrey, reveals the intimate details of her triumphant comeback from the brink of death to making history as a Paralympic snowboarder in her new book from HarperCollins Publishers available December 30th, 2014.

ORDER On My Own Two Feet  FROM YOUR FAVORITE BOOKSELLER TODAY

“Amy Purdy is far more than an Olympic champion. She is a pioneer and a beacon of strength. Her honest and sharply written memoir leaves me feeling as uplifted as I do when I spend time in her presence. She brings the same passion, courage and open-heartedness to these pages that she brings to each day she navigates the world—one carbon-fiber and steel foot at a time.”
– Elizabeth Gilbert 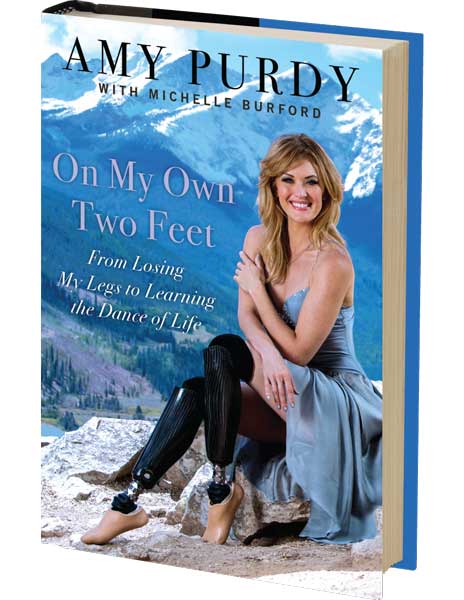